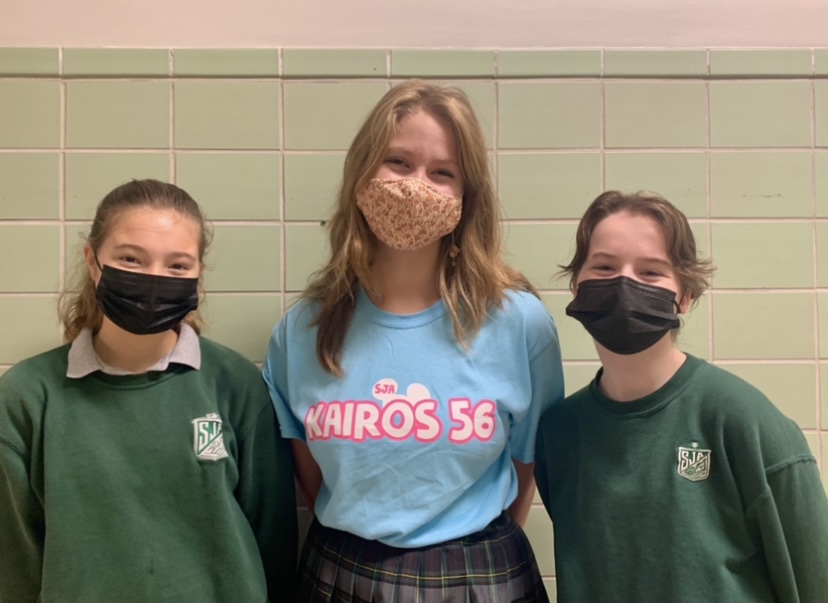 Members of the E-Sports team are getting ready for their next season!

This past year a new sport has made its debut here at St. Joe: E-Sports. E-Sports are competitive video games, typically played in teams, against schools across the country. Our Angels are excited about the beginning of this new sports second season.

The team currently has three members and one coach, Mr. Travis Rogers, who works in the Technology Department. Though that may seem small, it is the perfect amount of students for the Rocket League which is a soccer-like game in which they compete. Starting in September the team will compete in tournaments every Thursday against other teams from all across the region. Practices are every night and last about 1 to 2 hours from each member’s home and two of the three members play on their school computers. They are always looking for new players and to expand the variety of games that they play; any skill level can join.

Though the tournaments are Co-ed, Senior Ava Perreand, co-captain of the team, wishes more girls would compete.
“We are the only all-girls team in the pool,” Ava said. “I would be ok playing with just guys but it’s nice having other girls on the team.”

Ava added that the teams often don’t take into account that they are playing against girls and throw trash talk aimed towards guys casually such as petty insults or jokes. She also mentioned that they are sometimes underestimated because of their gender.

Mr. Rogers agrees there is an imbalance of gender in E-Sports,

“The amount of all-girls teams is much lower than how many guys teams there are,” he said, “but the community does a great job of promoting equality, everyone’s the same. It’s not tied to a specific physical ability.”

Even though there are gender barriers in this industry that doesn’t stop these girls from competing and putting effort into their sport. Many of the members are involved with other things in school, like maintaining good grades, but they always find time for their team.

E-Sports are a rapidly growing industry with millions of players and watchers participating. According to Statista there’s an estimated 474 million E-Sport enjoyers around the globe and is expected to reach 650 million by 2023. Some people make E-Sports their career and can even earn a six-figure salary if they play on a professional level. The number of scholarships to pay for college teams is also increasing to as many as other sports played at the academy.

Though some might not think of it as a traditional sport, E-sports provide a team atmosphere and competition that anyone can participate in. Yes, there are advancements that need to be made in terms of diversity, but our angels describe it as a fun and welcoming sport nonetheless.