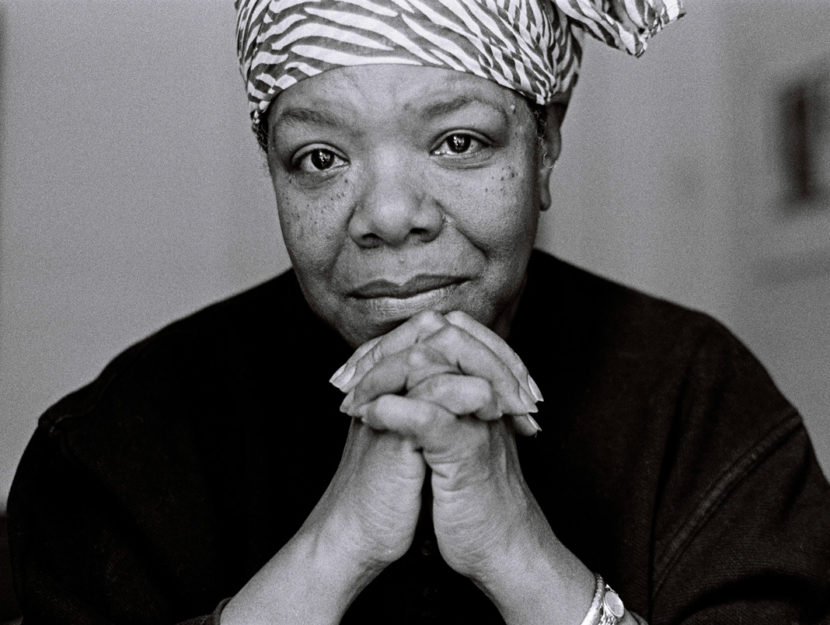 An image of Maya Angelou

When first thinking of famous authors from St. Louis who do you think of? Many of the ones that come to mind are males like T.S. Eliot, Tennessee Williams and Jonathan Franzen.  But have you ever wondered if there are any female authors and writers that originated from the area? The coolest thing is that yes, there are many fascinating female authors, and below are a few that have made a profound impact on American literature in the past century. Discover what books and writers that have been hidden from under the fingertips as one’s eyes delve into the rich history and influence of a talentful pen, moving anyone who dares to peer over the pages.
Maya Angelou
Born as Marguerite Anne Johnson on April 4th 1928 in St. Louis. Angelou was an American poet, civil rights activist, and author of countless books. Maya is actually a nickname given to her by her older brother.

After Angelou’s parents divorced, she moved to live with her paternal grandmother in Stamps, Arkansas. After a couple years, she returned to St. Louis to live with her mother where her mother’s boyfriend raped her, causing her to become mute for five years because she assumed her voice could kill people due to the boyfriend’s death. From this childhood trauma, she wrote the famous I Know Why the Caged Bird Sings, which has won countless awards and remains taught throughout the States.

Angelou not only has written countless books and literary works she has used much of her career towards promoting the furtherment of education to all and becoming the precedent and inspiration for black female authors. Angelou, also known for her participation in Pan-Africia Civil Rights movements as well as her relations to historical figures from Martin Luther King Jr. and Malcolm X. She traveled to Africa during her lifetime and worked as a freelance writer and held a position at a university while she lodged. Angelou has also spoken at Washington University twice during the 1980s as a guest speaker, (you can still listen to the recordings today). Angelou’s birth home remains located on Hickory Street in the Compton Hill neighborhood, which has become a City Landmark here in St. Louis. Some of Angelou’s Famous Works include: “On the Pulse of Morning” (poem),” Mother: A Cradle to Hold Me” (poem), I Know Why the Caged Bird Sings, Letter to my Daughter, And I Still Rise.
Emily “Mickey” Hahn
Hahn was born on February 18, 1905 in St. Louis. Side note, she has won the title as a “forgotten American literary treasure” and an early feminist of the nineteenth century. Hahn’s mother was also into many feminist movements and without a doubt her mother’s beliefs influenced her and her writing. She wrote many short stories, books, and articles throughout her career; as well as traveling throughout the world, especially Asia. Having a deep love for animals and culture, Hahn lived in China and Hong Kong and even taught there for a few years.

With a love of reading and writing a college degree in Arts was her goal, but eventually decided to enroll in mining engineering (no female had ever enrolled in this program). Hahn graduated from the University of Wisconsin-Madison with a degree in mining engineering. Hahn moved to Chicago as a teenager but after college returned to St. Louis where she had a job working at McBride Inc. as a secretary, she quit that job a year later.

After university Hahn trekked across the country to New Mexico and started writing. Eventually, the New York Times got a hold of her writings and that’s where it all started. Hahn later found herself writing for the New York Times as well as living in Hong Kong. Her years there influenced her writing greatly as that area of the globe had not been as westernized yet compared to the states. Hahn had a child with C.R. Boxer out of wedlock but they returned to England where they eventually married. Though Hahn missed the United States, she regularly traveled between New York and England to where she could spend her career writing for The New York Times but also visiting her family. Some of her works include Soong Sisters, Mr. Pan, and China to Me.
Mary Foote Henderson
Born in 1842 in Seneca Falls, New York though eventually made her way to Gateway to the West when she married her husband John Henderson, who was the senator from Missouri between 1862-1869. After arriving in St. Louis, Henderson who was brought up with femenist beliefs and strongly encouraged the growth of the Women’s suffrage movement, became President of Missouri State Suffrage Association. To add, she studied at Washington University and helped co-founded the St. Louis School of Design as well as the organization The Women’s Exchange. Henderson has also written several cookbooks on how to host and entertain a gathering, including: Practical Cooking and Dinner Giving and Diet for the Sick, A Treatise on the Values of Foods.
Kate Chopin
Chopin was born February 8, 1850 in St. Louis. At a young age she attended Sacred Heart Academy and was raised Roman Catholic. As a child she loved reading fairy tales to contemporary works. Eventually, Chopin married her husband and moved to New Orleans, Louisiana where she raised several children and after moving away from the big city to a smaller town. Her husband died which allowed Kate to take over his business until she sold it and moved back to St. Louis where she raised her children with help of family. Chopin became depressed after losing close loved ones and began to write.

Many of her stories appeared in the St. Louis Post Dispatch and other news outlets. Soon her writing career became her main income as she wrote dearly until her death. Chopin is best known for her famous The Awakening and also considered as one of the primary pioneers in feminist literature. Some of her works include The Awakening, The Gentleman from New Orleans, The Story of an Hour and The Storm.

These are only a few of such amazing female talent that derives from the area. From Maya Angelou to Kate Chopin, minds can transform or be transported into a world unwich the reader may not have known before.

Senior Olivia Hampton states how reading a book for her class opened her eyes to a new viewpoint.

“After reading this one book for Holocaust Lit., I really understood what many history classes have left out, and I gained a much better perspective and story than I ever would through a textbook,” she said. “Reading truly engages the mind into a deeper thinking I cannot quite get elsewhere.”

Furthermore, the fact that these women were able to publish their works despite living in a very patriarchal society was a bold and brave move and often left much criticism. Many of these authors are also highly involved within their community from civil rights organizations to awareness to femismist campaigns in the early 20th century.

“I think it is so influential to see women publish their books and magazines, especially when many female authors didn’t always publish under their name during that time. Also, it’s a little disappointing that some of these women didn’t necessarily ever see credit or publicity for their works during their lifetimes.”

Unfortunately, when researching some of the names and female authors I stumbled upon, many of them I hadn’t heard of before. Much of the classic literature we read in school when we were young were often written by males.

“It would be cool to see more women authors in the classic novels. I remember reading books throughout my school years and there was always an overwhelming difference between male and female writers”.

Maybe in the future schools will incorporate more female written literature among younger generations or curriculums solely based upon challenges women authors faced during certain places in history? With much said, go research and perhaps even pick out a book by any of these incredible St. Louisian authors!