Swimming into the Spotlight 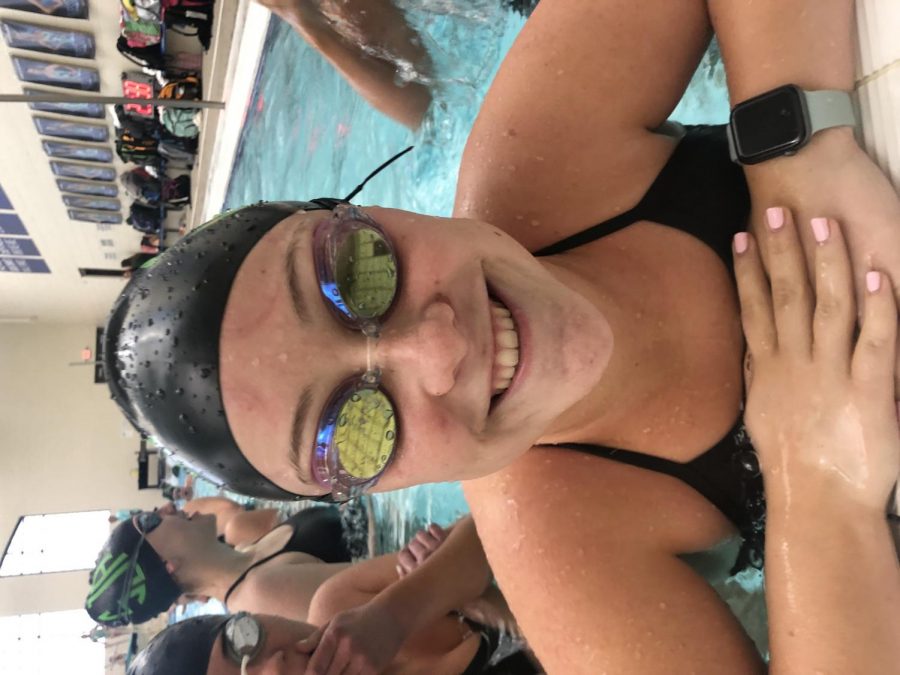 Junior Libby Shuman always brings a smile with her to swim practice.

There are a few facts you should know about Libby Shuman. Libby is a junior, has a twin, loves peppermint ice cream, watches Tik Toks in her spare time, loves her three dogs more than words, and plays a huge role within the St. Joe swim team.
Libby Schuman has been swimming for the St. Joe swim team since freshman year. She not only contributes through grit in practice and during meets, but through her energy. Her teammates unanimously agree that Shuman serves as a positive outlet to the team.
Libby has made her mark on the team in many ways, once of which being her role as the official DJ of the swim team. Every practice she brings a speaker to motivate and encourage her teammates.
Libby’s teammates not only support her by putting her in charge of aux, but they give her responsibility for the team as a whole. This year, she was voted her as a team captain, a position usually held by seniors.
Just as her teammates feel their swim team experience is affected by Libby, she values all of the angels she swims with.
“My favorite thing about the swim team is hanging out with the team before practice…This season I am most looking forward to dinners with the team after meets and practices” Libby says.
It is said by many that Libby is not only an exceptional athlete but one with an attitude that makes anyone feel welcome to the team. People turn to her in times of stress for relief or a premeet prep talk.
A quote that Libby lives by is “be who are and be that well.” Through the energy and compassion Libby shows to her team, she certainly shows her true self: a loving teammate, a great DJ, an amazing captain, and a force to be reckoned with this season.