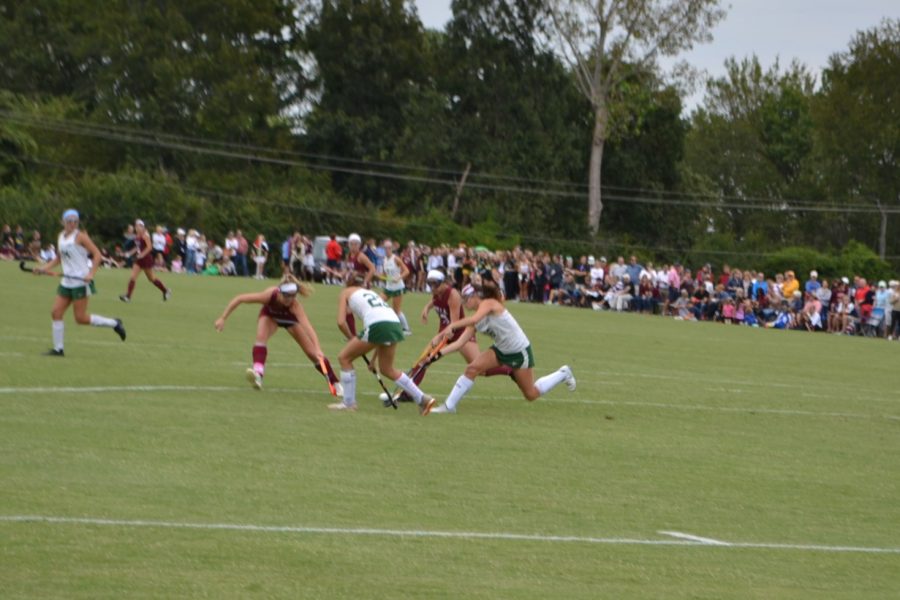 On Saturday, October 5th, the St. Joe Angels took on the Villa Duchesne Saints in the annual “Killa Villa” field hockey game. The theme of the game was “This is Our Land.” This theme was chosen by the Varsity team and revealed to the rest of the school at community time the week of the game. The JV and Varsity games were all played at St. Joe this year.

The JV team tied with the saints 1-1 with Ella Conetto scoring the goal.

The Varsity team stung Villa, the back to back state champs, defeating them with a score of 2-1. Mary Mansfield was a powerful asset to the team this year scoring both of the 2 goals this year. Mia Sansone and Annie Ryan helped both made assists to Mansfield. Alyssa Yelton and Jenny Mansfield formed a defensive wall this year. Katie Maxim, a Division 1 commit and the senior goalie, played a pivotal role in blocking out the saints.

Last year, after the Angels were defeated and varsity player, Grace Kinzel said “We’ll wipe them out next year for sure,” and that’s exactly what the team did.

I think it’s safe to say that the St. Joe varsity field hockey team defended their slogan of “This is Our Land.”