Not Your Average Joebotics Team! 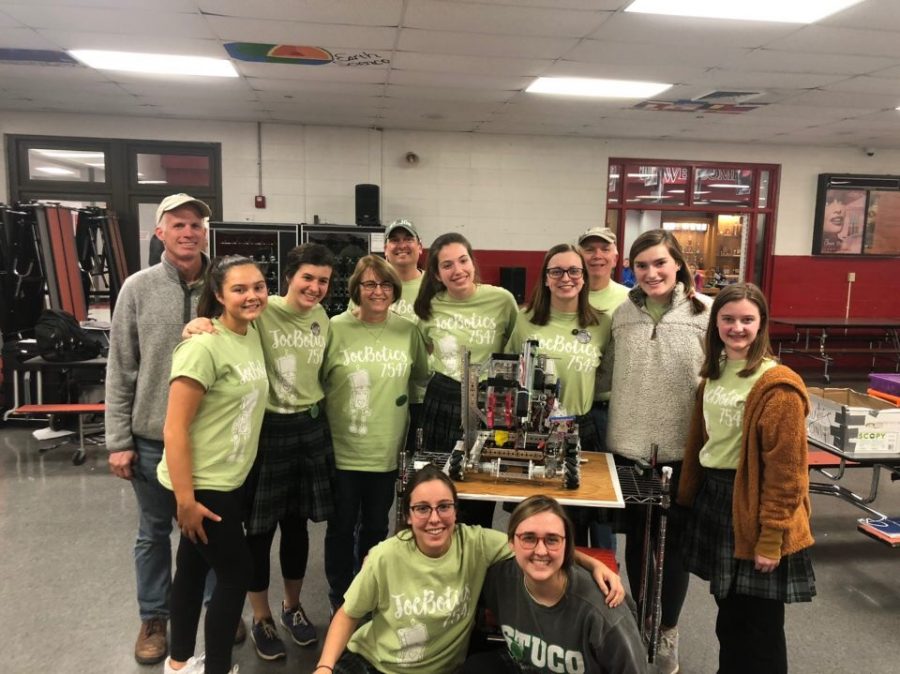 The team at state celebrating a great competition!

On March 9th, St. Joe’s very own JoeBotics team competed in the Robotics State Championship. They first qualified for the state competition at Fox High School, by being part of a winning alliance team with CBC.

Junior Sydney Hilker said they had a good strategy to prepare for the competition.

“We took part in a scrimmage at Brentwood to gain practice and work out any problems with our robot,” Sydney said.

JoeBotics is our very own robotics team, who is challenged to create a robot which will pick up a certain object in a field. The amount of time it takes for each team’s robot to pick up the item is recorded, determining how the team places. The all-female team competed in five matches in which they won three and lost two during the final alliance, and they were recognized as Semi-Finalists. Junior Katie Kostecki was also selected as a finalist to represent our state at the World Championships.

“Much of our success was due to the awesome instruction and coaching advice we received from our Coach Mrs. Haddock, and Mr. Broun, Mr. Goodrow and Mr. Strout who served as mentors,” junior Katie Young said.