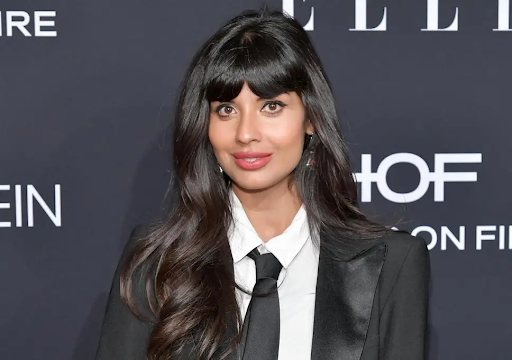 A young English-Pakistani woman named Jameela Jamil has started a revolution on what defines women’s bodies. In Jamil’s teenage years, she struggled with anorexia. It took a bad accident for Jamil to realize she had been taking her body for granted by not giving it the proper nutrition it needed. After learning to walk again and gaining weight, Jamil began to love her body. She later had a breast cancer scare and after being informed it was benign, she decided to follow her dreams to start an acting career in the United States.

She scored a role in the show The Good Place and the publicity from it was not what she had hoped. Instead of focusing on her success and career, Jamil was shamed for her body. She later saw the Kardashians’ post on social media a picture of themselves with the number of their weight across their stomach with a caption asking “How much do you weigh?” Jamil was infuriated that strong business women like the Kardashians, who a lot of people look up to, were promoting their weights as something that defines them.

The shaming of women’s bodies and the standards built around them inspired Jamil to start the “I weigh” movement.

Jamil posted a picture of herself, captioning it, “I weigh: Lovely relationship. Great friends. I laugh every day. I love my job. I make an honest living. I’m financially independent. I speak out for women’s rights. I like myself in spite of EVERYTHING I’ve been taught by the media to hate myself about.”

Jamil does not let her weight define her, instead she says she is defined by everything good about her. She is expressing that people their worth does not equal the number of their scales, but that it is just one part of what encompasses them.