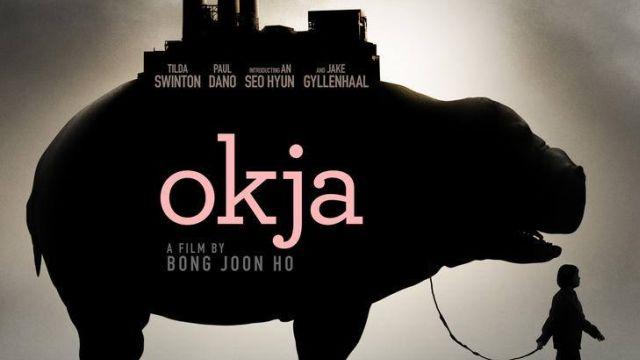 Netflix Find of the Month: Okja

If you’re looking for a heart-warming/tear-jerking/thought-provoking movie, Okja should be on your Netflix “must-watch” list. This movie tells the tale of a young farm girl in South Korea, named Mija, who has a pet pig. Well, a gigantic mutant (and adorable) pig named Okja.

Mija has had Okja for ten years, and they have a bond stronger than that of Patrick and SpongeBob. However, I did warn you about the tears you would inevitably shed while watching this movie, and that is because the whole point of Okja’s existence is to provide the world with a large supply of meat. The family run corporation named Mirando has created multiple different mutant pigs, who were all sent to different corners of the world to be raised to maturity for 10 years. The image obsessed and paranoid CEO, Lucy Mirando, was the brain behind this idea, and has big plans for Okja, since he is the healthiest and largest of the pigs that were sent to various farmers around the world. Mija, of course, is completely unaware of the ulterior motives behind the creation of the lovable pig she calls family. When Okja is taken away from Mija, she – despite the protests of her grandfather – leaves her farm to start a long journey of trying to save Okja.

At the start of her journey, Mija runs into a group of activists for animal rights, known as the Animal Liberation Front (ALF), who have good intentions, but are untrustworthy when it comes to helping Mija personally. The members of the ALF are primarily interested in putting a stop to multi-million dollar corporate food machines like Mirando. They care about the welfare of the animals, including Okja, but are willing to take some risks in order to take down this company. Mija really just wants to find Okja, and take him back home to her farm in South Korea. However, they join forces, since they have the same goal: save Okja. Together, they embark upon an adventure including car chases, parade crashes, and breaking into a colossal meat packing plant.

Okja does touch on some sensitive subjects, such as the behind-the-scenes of the meat industry. In addition, the ALF is a real organization in our world today. However, they are seen as extremists when it comes to their views on animal rights, and the movie paints a different picture than does most media.

Okja is a gripping film that will have you invested in every moment. Plus, who doesn’t love a gigantic mutant pig?